Technology is the new frontier of human evolution, revolution, and devolution 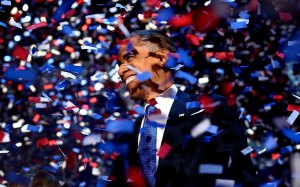 We campaign in poetry and govern in prose. The colorful poetry of campaigning garners timeless admiration; the ho-hum prose of governing guarantees frequent perspiration. Therefore, our hearts and minds are almost always fixated on elections when we talk about politics in America.

But democracy is not just about elections. Democracy is also about governance. The obsession with digital innovation and big data has so far been applied to winning elections. However, we have yet to see the same fervor in fixing our dysfunctional governance structure.

Countless long and short-form articles have glorified how new technology has disrupted politics in the last two presidential elections. A new political currency has arisen in electoral politics: predictive analytics. This tells a campaign exactly how it can turn a particular voter into the type of person it wants. Big data, the experimental method, a rigorous and empowering field structure – has helped the Obama campaign assemble a winning coalition individual by individual, as intimate as a local election.

The heroic story of Mighty Analytics usually ends here – the morning after election – as if once the courtship dance is over, it’s all happily ever after. The more important question we must ask ourselves is this: how can a presidential election that touched 126 million adults as individual voters transition into a representative democracy that continues to touch the lives of so many people as citizens?

The purpose of any electoral campaign is to win. To turn out every vote they should and make these ballots count on election day. The bottom-line is get one more vote than your opponent. However, the aims of governance is to represent the interests of the people, serve them – including those who did not vote for you – and make policies that advance the greater good. It’s about making those ballots count every single day, not just every few years.

The reality is that the winning coalition, meticulously pieced together in precincts, barber shops, volunteers’ homes during the election, did not turn into a permanent governing coalition that could advance legislative priorities in the Oval Office and Congress. The challenges that OFA 2.0 dealt with was fundamentally different from those for OFA 1.0. OFA 2.0 was meant to run issues campaign, which often are protracted, prolonged with no deadline in sight and no single iconic, charismatic, idolized leader serving as rallying point. It is no easy task to re-create a similar crowd that is equally fired up.

So, what does it take to fix the currently broken system of governance then? Theories abound regarding what is fundamentally wrong, but many people would at least agree that power is too concentrated in the hands of a few under a patronage system: those who are well connected, well endowed, and well organized. Can the same technology and methodology that has empowered volunteers and individual voters serve to empower citizens, countervailing powerful special interests?

I believe the answer is yes. The concept of co-creation has been applied in business and journalism already. Contribution and participation from consumers and readers have diminished the power of marketers and editors in dictating what they think the people want. The result was a better product that reflects more accurately the needs of the users.

Similarly, co-creation can alter the existing dynamic in policymaking to make our representative democracy more – for lack of a better word – democratic. The power of co-creation is beyond enhancing government service delivery. If we apply the same obsession with treating every citizen as individuals, all equally empowered to change politics, we can begin a new era of democracy centered upon a new idea: co-governance.